A Calling to Serve 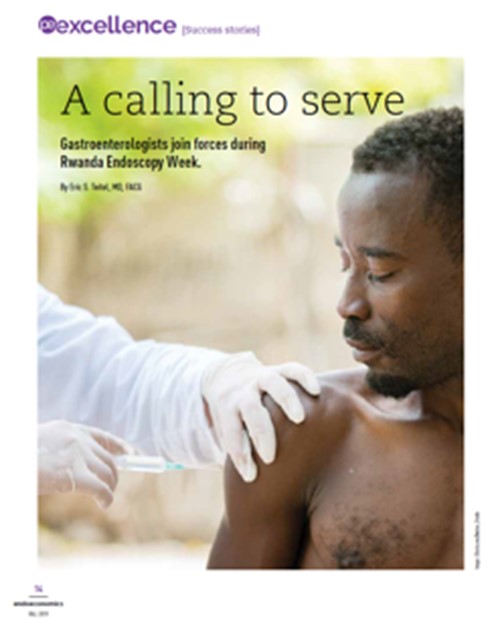 This article appears in the Fall 2019 issue of the

In October 2018, I had the opportunity to participate in Rwanda Endoscopy Week. This is a program established by an international coalition of gastroenterologists eager to advance endoscopy in Rwanda. Participating in Endoscopy Week was certainly among the highlights of my years as a practicing gastroenterologist. I have been in practice for 35 years. This is a practice that I have enjoyed and that has provided for my family. I have always felt that medicine is nothing if not a calling to serve, and the chance to help an underserved community was irresistible.

A Team of Experts

I had participated in other overseas medical missions, mostly in South America. However, because these trips focused on surgery, I rarely had the opportunity to share my expertise as a gastroenterologist. When I read an article about Rwanda Endoscopy Week, I quickly sent an email to Steven Bensen, MD, a founding member of the program, and joined in. I found a team of kindred spirits who were anxious to help make a difference in a place that had suffered unspeakable hardships.

Our team consisted of attending gastroenterologists, fellows, endoscopy techs, anesthesiologists and biomedical engineers. We participated in rounds, taught endoscopic techniques and immersed ourselves in Rwandan culture and history.

We conducted procedures at four different sites, performing 448 procedures, including 66 colonoscopies, 379 EGDs (esophagogastroduodenoscopies) and 3 ERCPs (endoscopic retrograde cholangiopancreatographies), one of which included stenting of a malignant stricture.

There is a desperate need for endoscopic services in Rwanda, as the burden of GI disease is considerable. One young woman who had large esophageal varices, which bled due to non-cirrhotic hypertension due to schistosomiasis, had a parasitic infection of the liver.

We were able to place bands around the varices to prevent further bleeding. We also saw an 18-year-old boy who had a gastric cancer. This, of course, was very rare for someone of that age. There appears to be a large presence of H. pylori, which can be easily treated with the appropriate medications early on to prevent this kind of complication.

In this, the second year of the program, we had more doctors and nurses participating—both from the U.S. and Rwandan medical teams—but the lack of infrastructure was a challenge. Even though we had certain instruments, if anything broke, there were no facilities, no biotech industry to repair it. This is a frequent problem with older equipment.

Certainly, we could have treated more people, but the lack of working equipment was the limiting factor.

Rwanda has come a long way from the horrific period of the 1994 genocide. However, there is still a lack of equipment and infrastructure to serve its populace. In addition to providing care, the goal of the program is to assist Rwandans in their gastroenterology education and clinical expertise. We were able to visit the medical school and accompany the fellows on grand rounds. I found both their academic training and their dedication to improving medical care in Rwanda to be very impressive. They were excited to work with us and enjoyed the interchange with the American doctors.

The students and prospective fellows, well-trained in the academic aspects of medicine, desperately need the equipment to further their
training. Certainly, an exchange program where their fellows can train here in the U.S. is a step in the right direction. Ultimately though, the goal is to have resources available in Rwanda, where they can be put to immediate use.

The exchange of ideas and taking care of people who really needed help in Rwanda was a wonderful reminder of why I wanted to be a physician in the first place—the nobility of the practice of medicine.

+ THE NEED IS GREAT. Those wishing to participate in or contribute to this program can contact Dr. Teitel at ericteitel@gmail.com. Donations of unused equipment, such as scopes, snares, biopsy forceps or balloons, will be gratefully accepted.

ERIC S. TEITEL, MD, FACG, is a board-certified gastroenterologist specializing in the diagnosis, treatment and prevention of diseases and disorders of the digestive tract. He practices at New York-Presbyterian Medical Group Hudson Valley. 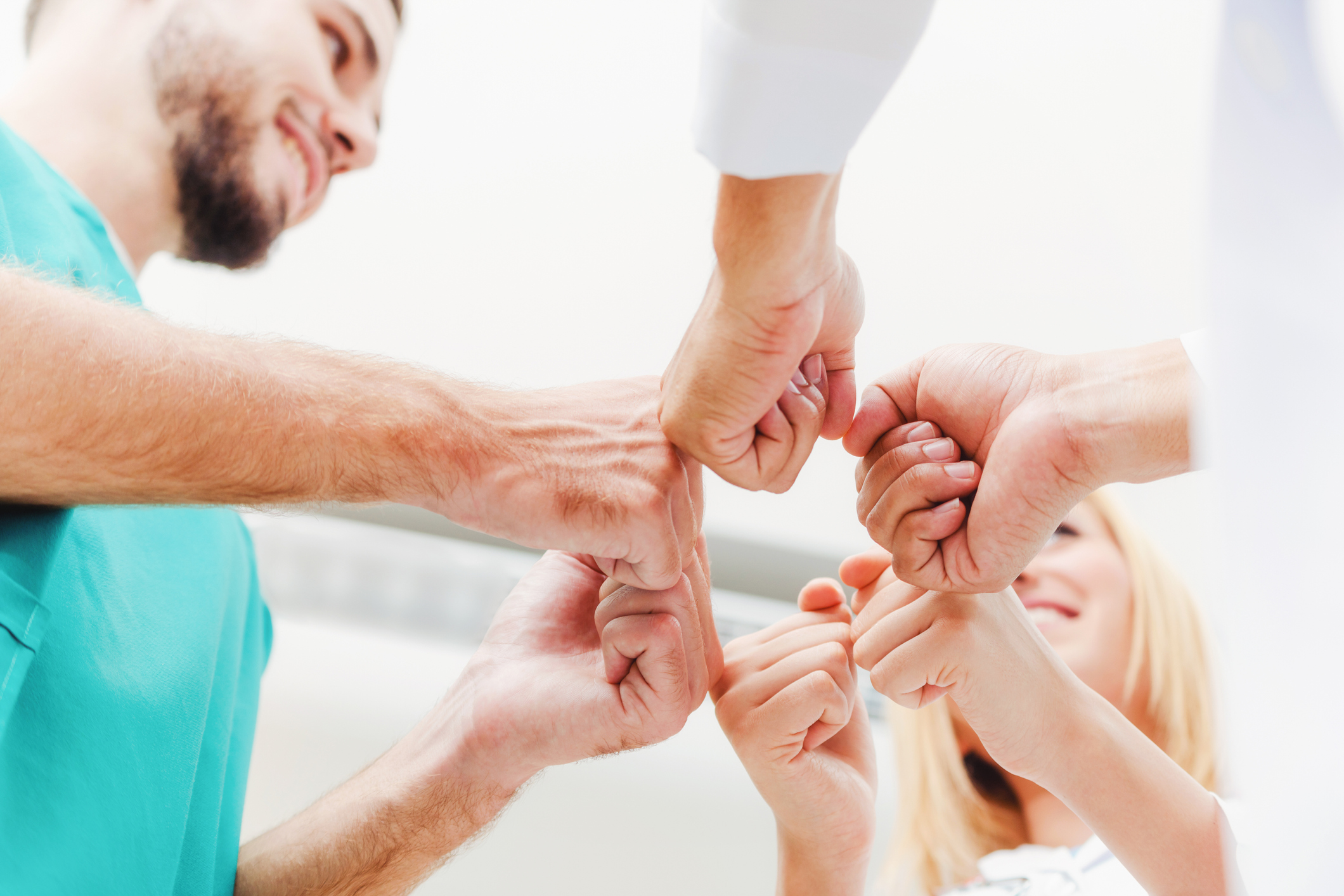 Fellows: Planning Your Next Step

As the years of medical training come to an end, think carefully about where to apply for employment [...] 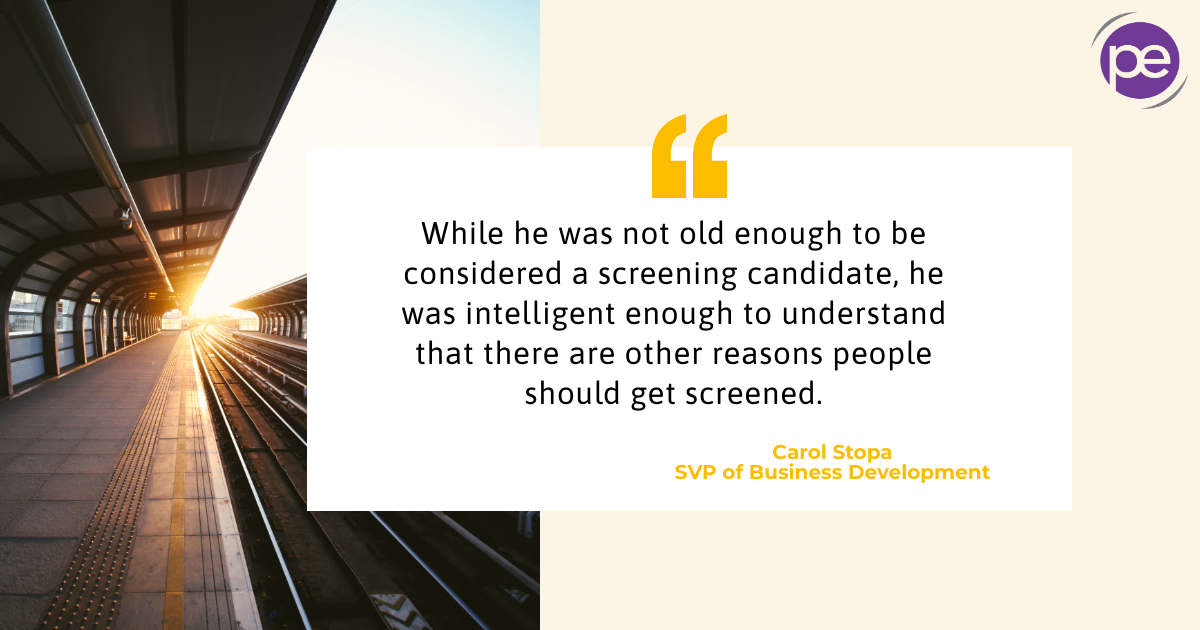 On a recent trip home from a meeting in Virginia, I stood on the train platform waiting for my ride […]